Looking for In-Home Care in the Manito / Cannon Hill Neighborhood?

If you are looking for the proper in-home care provider in the Manito / Cannon Hill Neighborhood we can help. We often hear our clients say, "We don't know what to do, where to begin or how to start."

With a free in-home consultation, we will evaluate you or your loved one's needs to help determine the best care community. We work with local providers in all types of care environments.

Find Home Care Near You in the Manito / Cannon Hill Neighborhood 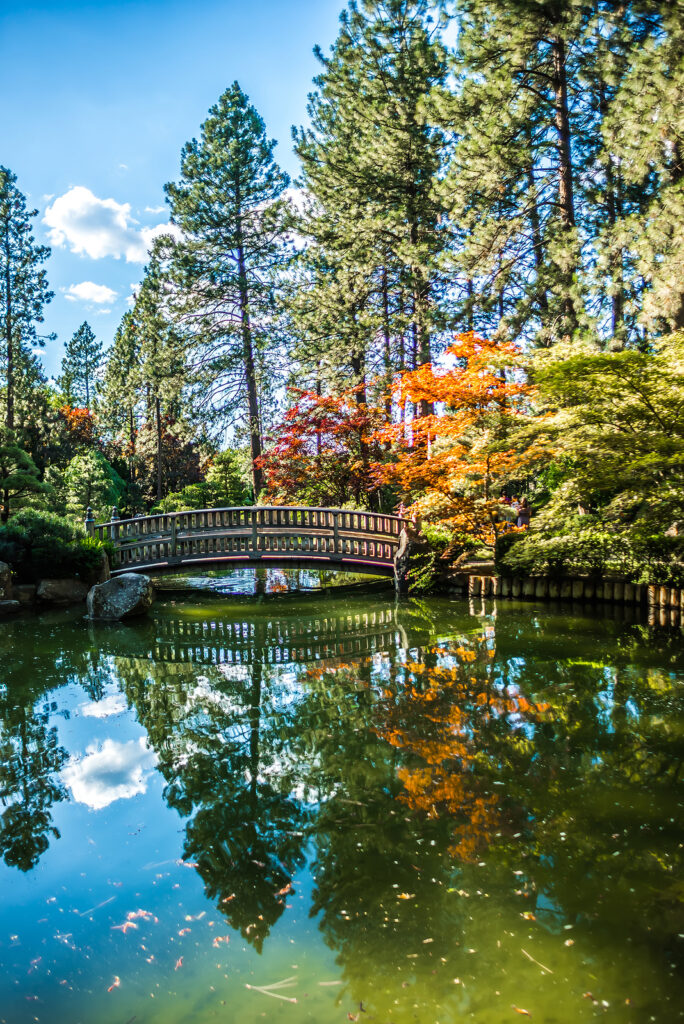 The beautiful Japanese Garden at Manito Park in Spokane, Washingon

What is Home Care for Seniors in the Manito / Cannon Hill Neighborhood?

Non-medical home care in Manito / Cannon Hill Neighborhood or personal assistance services are usually provided by unlicensed personnel and they include bathing, dressing, cooking, transportation, companionship, shopping, light housekeeping and other similar duties. Aids can be hired part-time or full-time, depending on the needs of the client.

Home care provides a wide range of support services for people who need help living independently in their home. This can include helping someone with chronic health conditions, recovering from an illness or medical setback, and providing special needs to those that have disabilities.

How Do I Know if My Aging Loved One Needs In-Home Care?

Senior Home Care in Manito / Cannon Hill Neighborhood oftentimes serves as an alternative to assisted living for seniors who wish to live independently. It can be a good care option for those who meet the following criteria.

Does Medicare Pay for In-Home Care in the Manito / Cannon Hill Neighborhood?

Medicare typically doesn't pay for housekeeping or personal care when that’s the only need of an elderly person. If you also have medical needs, like recovering from surgery or illness, Medicare may cover a short-term caregiver to help out with your health and other tasks around the home while patients heal on their own. Most providers offer hourly rates with price breaks for full days, overnights, etc… These home care agencies in Manito / Cannon Hill Neighborhood are private pay, meaning the client pays out of pocket.

Hospice is also a type of care administered in homes. It is physician-ordered for end-of-life patients. Hospice is 100% covered by Medicare, but the extra support from regular caregivers during the day for hospice support is typically private pay.

What is the Difference Between In-Home Care (Non-Medical Home Care) and Home Health Care?

Angel Senior Care provides personal services to elderly or disabled clients in their residence. This includes non-medical assistance in the client's home, including help with cooking, cleaning, bathing, dressing, transportation, and companionship.

Home health care is clinical, medical supervision provided by a licensed professional. Registered and licensed practical nurses, occupational therapists, and physical therapists can all provide home health care, often through home health agencies, or in some cases, hospice agencies. This type of care is usually prescribed by a doctor as part of a senior health care regimen following hospitalization or injury. It can include:

About the Manito / Cannon Hill Neighborhood in Spokane

A single hybrid rose in the rose garden at Manito Park in Spokane, Washington USA.

The boundaries of this area are considered to be approximately from Arthur Street to Lincoln Street in the east-west direction, and from 14th Avenue to 37th Avenue in the north-south direction. Best described as the area immediately surrounding Manito and Cannon Hill Park, on which it is centered, this neighborhood covers a fairly large area. At one time, the park was a zoo with a number of "exotic" animals calling it home. Exhibits included an owl barn, penguins, and large cats of various species. The neighborhood feeds many local elementary schools, including Wilson, Roosevelt, Hutton, and Jefferson. There is also the Cataldo Catholic School one block north of Cannon Hill Park. Most elementary students move on to Sacajawea Middle School and then Lewis and Clark High School. This neighborhood is populated mostly by middle-class families and features homes from many eras, from Mid-Century Modern to Victorian to Arts & Crafts bungalow-style homes. Manito and Cannon Hill Park each have a boulevard running nearby which features many of the remaining Craftsman bungalow-style homes built, in some cases, as early as 1904. - Wikipedia

In the 1880s, a clay deposit was discovered on the land that is now Cannon Hill Park. The clay was used for making bricks and the site became a brickyard. Once all of the clay was harvested, the brickyard was moved, making way for Cannon Hill Park amenities in later years.

To the east, Francis Cook purchased 160 acres which includes all of the present Manito Park. He called the area Montrose Park. His plan was to develop home sites in the area. In 1888, Cook built a streetcar line that ran along Grand Boulevard and ended at a car house near 37th to provide transportation to future residents. But, Cook lost everything during the 1893 depression. Jay P. Graves, who made a fortune in mining, took over Cook’s streetcar line, naming it the Spokane and Montrose Motor Company.

Other streetcar lines in the area included one that zigzagged southward west of Manito Park along Bernard and then Browne before ending at 33rd and Division; and the Washington Waterpower Company’s (WWP) North MonroeCannon Hill line that meandered southward along Jefferson, Madison, Lincoln (west of Cannon Hill Park) and Howard before ending at 29th.

In addition, Graves and a group of partners formed the Spokane-Washington Improvement Company to develop and sell properties in their new Manito Addition (between 14th and 33rd Avenues north-south, and Division and Hatch Streets east-west).

Realizing the value that a park and other city services would add to the adjacent residential parcels, Graves’ company, along with other investors including WWP, made a deal with the city to donate approximately 95 acres of land for Manito Park in exchange for roads and utilities.

Manito Park was dedicated in 1904 and originally hosted a zoo. Manito Park, Manito Boulevard, and subdivision development cumulatively resulted in a real estate boom in the area, as reinforced in a front page article in the Spokesman-Review on August 4, 1907 stating, “park improvements add fifteen times their cost to adjacent property… property adjacent… is 100 per cent more valuable than it would have been in the same district without the park or boulevard improvements having been made.”

Since that time many updates have been made to Manito Park, including the rose garden, a Japanese Garden, the sunken gardens, the greenhouses, playgrounds, shelters, and other improvements. Manito Park and Manito Boulevard have since been placed on the National Register of Historic Places.

The Olmsted brothers developed their design for Cannon Hill Park when they arrived in Spokane in 1907. The plans included a recommendation to replace the old brickyard with a park dedicated to “quiet recreation.” The design included a stone shelter, two pergolas, and a children’s wading pool. The wading pool was easy to construct as a depression left in the ground by the brickyard left a natural pool, shallow enough to play in to cool off in the summer

Q: What is home care?

A: HomeCare option for senior care that enables aging at your own home. Home Care services are an affordable alternative and a preferred choice versus an assisted living or nursing home.

Q: Does having home care result in a loss of Independence?

A: Whether you need just a few hours a week or 24x7 live-in care, at-home care services must be part of the family discussion. Home care services are not just limited to seniors and the elderly. Anyone who needs assistance with activities of daily living can realize the value of in-home care on both physical and emotional health.

Q: Can home care services assist those diagnosed with Alzheimer's and Dementia?

A: Yes. Except in clients with late stages of this disease where other options might be more appropriate, home care is a critical part in managing this disease at home. In fact, according to the Alzheimer's Association, approximately 70% of people with dementia or cognitive impairment are living at home. Remaining at home and in familiar surroundings that include friends, family, and routines are important to those affected with Alzheimer's and Dementia. Working with the family caregivers and a client's physician, home care services enable balance and consistency when managing Alzheimer's and Dementia. (reference: https://www.alz.org/national/documents/phase_4_home_care_recs.pdf)

Q: What is the difference between non-medical home care and home health?

A: Home care on its basic expression usually refers to non-medical care in the home. Home health companies usually provide home care services but typically for those who need medical assistance, such as changing bandages, handling IV's, and administering medication. Home Care and Home Health Agencies work together to keep you safe and comfortable.

Q: What services are included in non-medical home care?

A: Three main categories of care services are included in non-medical home care.

A: Medication adherence is critically important to remain safe at home. Caregivers referred by Angel Senior Care can assist with medication reminders only. Drug treatment plans that include sorting and administering medication should only be handled by a family caregiver, nurse, or physician who is authorized and qualified to provide this service.

Q: How can I trust a caregiver in my home?

A: Just like nurses and doctors, Professional Caregivers have chosen a career in compassionate care for those in need. Angel Senior Care performs a rigorous screening process that includes comprehensive State and Federal Background checks and screening for compassion, identity, integrity, and competence.

A: Angel Senior Care offers clients a consumer-driven approach to at-home care. Care is tailored to meet your specific and individual needs. If your needs change, you are in control to make any adjustments to your approved caregiver, shift duration, or scope of service during a shift.

Q: Will we have a choice in selecting the caregiver?

A: Our goal is to understand the needs of each family to understand what unique skills and personality are desired. Client input is highly encouraged while we conduct the pairing process.

Q: What is the process of finding a caregiver?

A: We make the process of finding a caregiver very simple and prompt. Give us a call and we'll conduct a brief phone discussion to understand your needs. We then can meet anyone involved in selecting and paying for care at your home for a Free in-home consultation. Within 24 hours of that visit, we usually are able to refer a professional caregiver to your home. Our team continuously screens caregivers beyond the current demand to give you quick access to the best caregivers in the community.

A: Contact us  and while we take great care in the selection of your caregiver we'll quickly find a replacement caregiver at no additional cost to you.

How does Angel Senior Care attract the best caregivers?

A: It's simply our recipe. We have recently been awarded the Employees Choice award, with that word has spread to caregivers within the community and they are as excited as we are to have them join the family.